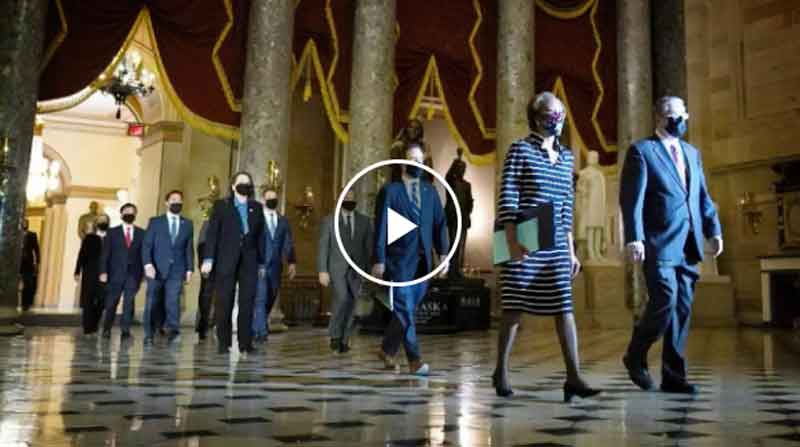 Suzanne Lynch from irishtimes said that The impeachment trial of Donald Trump formally began last night, as the article of impeachment against him was delivered to the US Senate.
Shortly after 7pm, the impeachment managers – Democrats that have been chosen by House speaker Nancy Pelosi to represent the House in Mr Trump’s trial – processed across the Capitol to the Senate.

Maryland congressman Jamie Raskin, the lead impeachment manager, read the article on the Senate floor.
“Donald John Trump engaged in high crimes and misdemeanours by inciting violence against the Government of the United States,” he said as he outlined the charge of “incitement of insurrection” against the former US president. It marks the second time in a year that the House has delivered impeachment charges against Mr Trump to the Senate, though the trial itself will not begin in earnest until February 9th to allow both sides time to prepare.

The Irish Times online. Latest news including sport, analysis, business, weather and more from the definitive brand of quality news in Ireland.

The Irish Times online. Latest news including sport, analysis, business, weather and more from the definitive brand of quality news in Ireland.