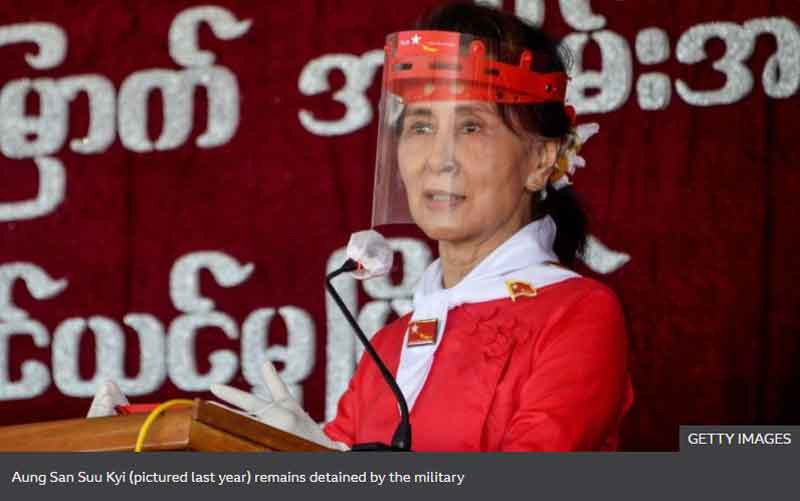 bbc news said that Police in Myanmar, also known as Burma, have filed several charges against the elected civilian leader Aung San Suu Kyi following Monday’s military coup.She has been remanded in custody until 15 February, police documents show.The charges include breaching import and export laws, and possession of unlawful communication devices.Her whereabouts are still unclear, but it has been reported that she is being held at her residence in the capital, Nay Pyi Taw.

Deposed President Win Myint has also been charged, the documents show – in his case with violating rules banning gatherings during the Covid pandemic. He has also been remanded in custody for two weeks.

Breaking news, sport, TV, radio and a whole lot more. The BBC informs, educates and entertains – wherever you are, whatever your age.

Breaking news, sport, TV, radio and a whole lot more. The BBC informs, educates and entertains - wherever you are, whatever your age.